Ukrainian troops have been accused of using ‘black magic’ at a military headquarters in Ukraine so as to increase the damage felt by Russian troops. 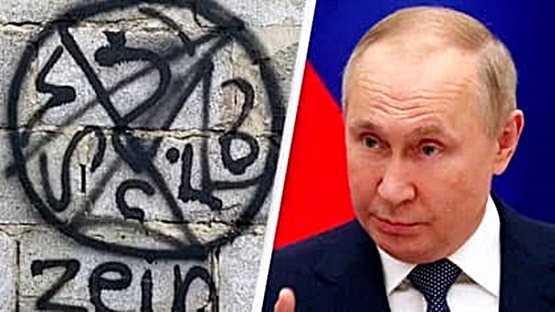 Found on the wall of a deserted Ukrainian military base on the outskirts of the village of Trekhizbenka in the contested Luhansk region, was a ‘satanic seal’ – a symbol believed to hold connections to a greater supernatural power, Russian news agency RIA Novosti reported.

The state media then claimed that the satanic seal, as well as other markings made with blood, showed there were signs Ukrainian soldiers were ‘practicing black magic’.

The news agency claims  ‘disciples of otherworldly forces tried to consecrate their weapons and made marks with blood’ so as to give their armoury extra energy to deal extra damage when it hits a target.

On the tv channel on Wednesday, May 4, Russian culturologist and philosopher Ekaterina Dais claimed the symbol which was spray painted with black ink – was a ‘magical seal of the dark forces’ that combines the ideas of anarchy, weapons and fascist symbols.

She claimed the creators of the symbol ‘performed rituals’ to strengthen their weapons or asked supernatural powers for weapons to be sent to them.

‘This is a magical symbol consisting of many intersecting lines,’ Dais said in reference to the black symbol.

‘What it means is difficult to say for sure, in it you can see both the inverted sign of anarchy, and part of the ‘SS’ sign, the rune zig, it is clearly visible in the left sector of the circle, and the Hebrew letter ‘zain’ written in German, meaning a sword or weapon.’

Dais claimed that the seal had been drawn without the creator lifting a hand, which apparently ‘betrays its supernatural nature’.

She said the ‘Zain’ written underneath the symbol means ‘sword’ in Biblical Hebrew.

‘Perhaps the spell’s authors performed rituals to strengthen weapons or ‘asked’ for more weapons to be sent to them,’ said Dais. 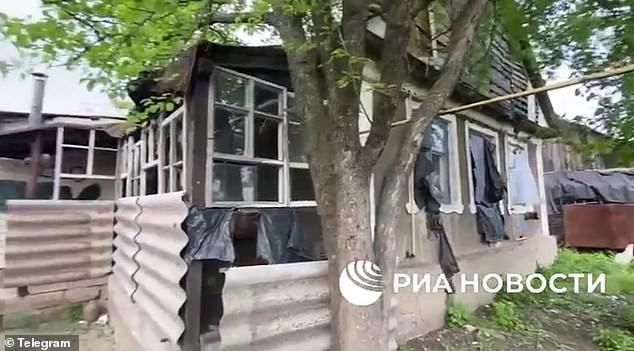 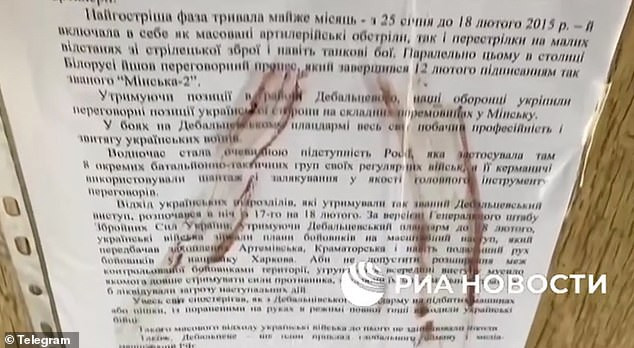 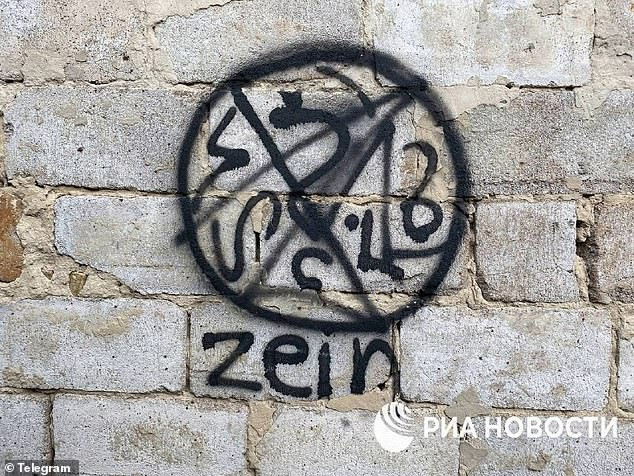