Floyd Mayweather, a well-known American boxer and promoter, wants to create a boxing academy in Africa, especially in Nigeria, to train young boxers. 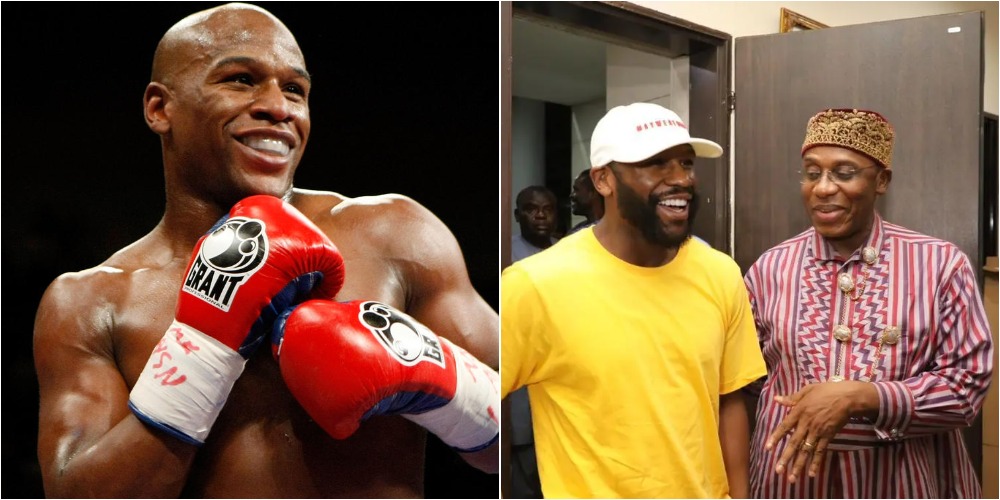 Mayweather, a former WBC Super featherweight champion, stated this when he paid a visit to Rotimi Amaechi, All Progressives Congress (APC) Presidential Aspirant and Minister of Transportation, at his Abuja residence early Monday.

Mayweather stated that Amaechi is always interested in uplifting youths, thus his assistance is required to realize his goal of establishing the boxing academy.

“The ultimate plan is to find the next Mayweather. I want to work with kids, I will come over to meet and talk to make sure we are all on the same page, and slowly start building these fighters.

“We just want to help. It’s all about giving back, helping the youths and the young generation coming up. I want to build a boxing camp for the kids. Different American trainers will come over and work with them.

“There are so much talents in the sport world over there in the United States, and Africa is dominating in the U.S now. There are so much hidden talents, so much skills, so we want the world to see these skills.

“We don’t want it to be hidden, like I was able to display my skills and talents to the world, here I am today. I want to build an academy just for the children to grow,” Mayweather said.

In response, Amaechi told the boxing great that he believed the Federal Government would support any initiative to harness more talents in the country, which would also create jobs.