The management of Shehu Shagari College of Education, Sokoto has announced the immediate closure of the school following the killing of a female student for allegedly insulting Prophet Muhammad (SAW).

The immediate closure was announced in a circular dated 12th May, 2022, by the management of the school.

The statement reads: “Following today’s early morning Students rampage in the College, the College Management has resolved to close down the College indefinitely with immediate effect. Consequently, all students are hereby directed to vacate the College campus immediately (12th may, 2022).” 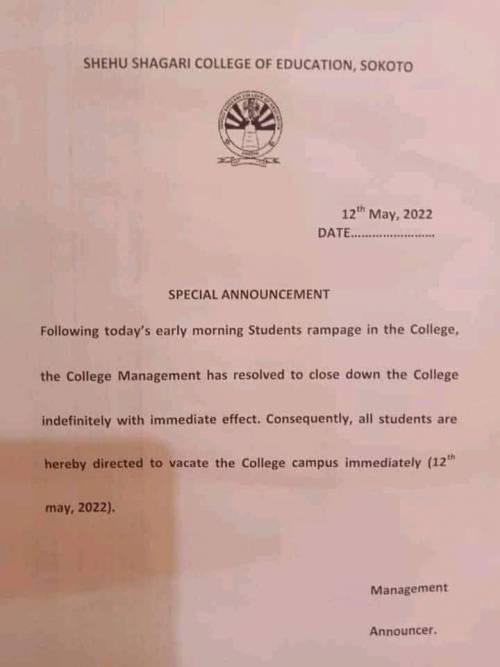 Chrisosamedia had earlier reported that a female student was burnt to death by her colleagues for allegedly insulting Prophet Muhammad (SAW).

The incident happened on Thursday when Muslim students dragged the demise out of her hostel and set her ablaze.