Brazilian midfielder, Philippe Coutinho has made his loan move to Aston Villa Football Club permanent in a €20m (£17m) deal after he signed a 4-year contract with the club. 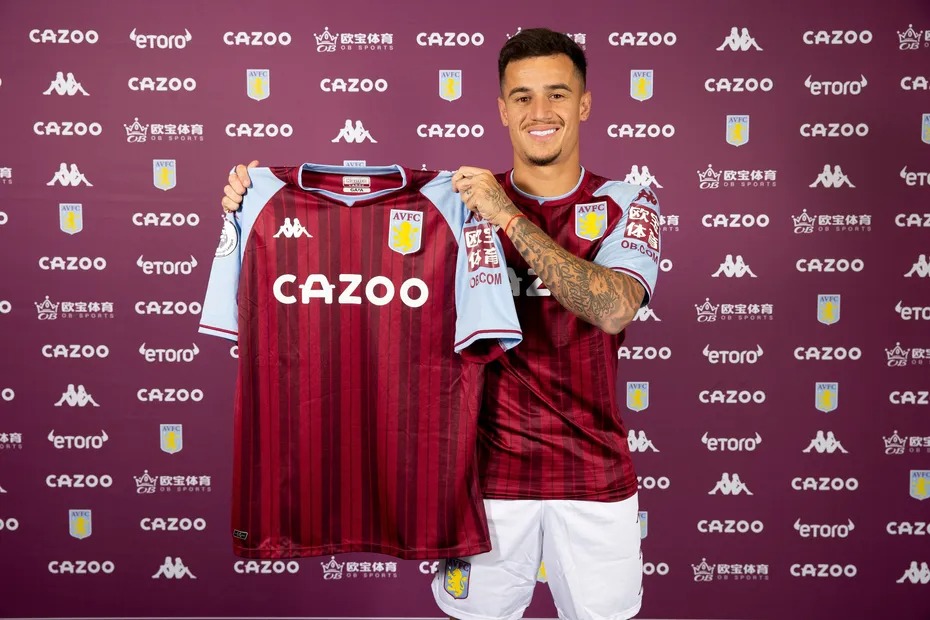 Sources recalls that the 29-year-old joined from Barcelona on loan after Steven Gerrard his former teammate at Liverpool who is now Villa’s manager convinced the Brazilian to the West Midlands club.

Aston Villa announced the development on its website, writing, “Aston Villa is delighted to announce the permanent signing of Philippe Coutinho from Barcelona for an undisclosed fee. 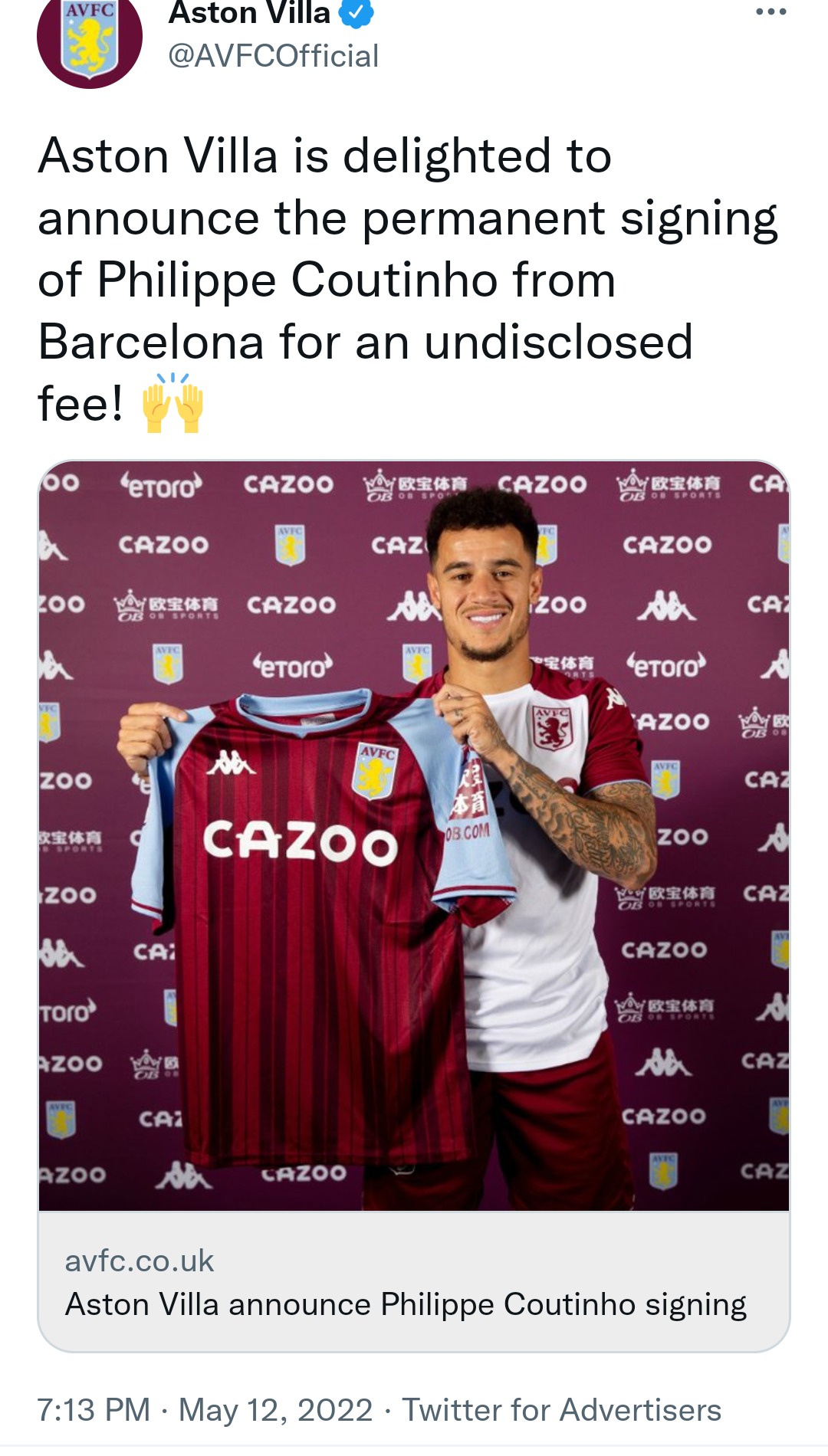 “The Brazilian playmaker has signed a contract until 2026.

“After initially signing on loan from the Catalan giants in January, Coutinho made an immediate impact at Villa Park with some outstanding performances. He has scored four goals and contributed three assists to date.”

Head Coach Steven Gerrard said: “This is a brilliant signing for Aston Villa. Phil is a model professional and his impact on the group has been very clear since he joined in January.

“With the way he conducts himself on and off the pitch, he’s also a valuable role model for our younger players who can only benefit from his experience.

“As we look to build towards next season, it is incredible to work at a club that executes its business so decisively and smoothly.”