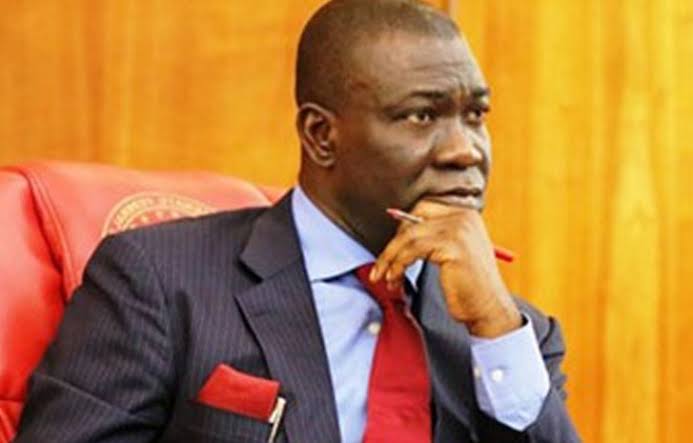 WITHIN NIGERIA had earlier reported that the Specialist Crime Team of the Metropolitan Police in London has detained a former Senate Deputy President Dr. Ike Ekweremadu and his wife, Beatrice.

It was also reliably gathered that the case which was presented before a UK court has been adjourned to July 7.

According to report, the said child, whose identity was not disclosed, is reportedly with the Metropolitan Police, while the suspects are currently in custody pending a few hours when they would be arraigned at Uxbridge Magistrates’ Court.

The Metropolitan Police via a statement said: “A woman and a man were charged today with conspiring to arrange the travel of a child into the UK in order to harvest organs.

“The charges follow an investigation by the Metropolitan Police’s Specialist Crime team.

“[A] Beatrice Nwanneka Ekweremadu, 55 (10.9.66) of Nigeria is charged with conspiracy to arrange/facilitate travel of another person with a view to exploitation, namely organ harvesting.

“[B] Ike Ekweremadu, 60 (12.05.62) of Nigeria is charged with conspiracy to arrange/facilitate travel of another person with a view to exploitation, namely organ harvesting.

“They have both been remanded in custody and will appear at Uxbridge Magistrates’ Court later today.

“The investigation was launched after detectives were alerted to potential offences under modern slavery legislation in May 2022. A child has been safeguarded and we are working closely with partners on continued support. As criminal proceedings are now under way we will not be providing further details.”

The suspect shares the same name with former Deputy Senate President. It’s unclear if he is the one or they are related.