After tendering his resignation letter days ago, the immediate past Chief Justice of Nigeria, Ibrahim Tanko Muhammed is expected to get a N2.5bn severance package from the Federal Government. 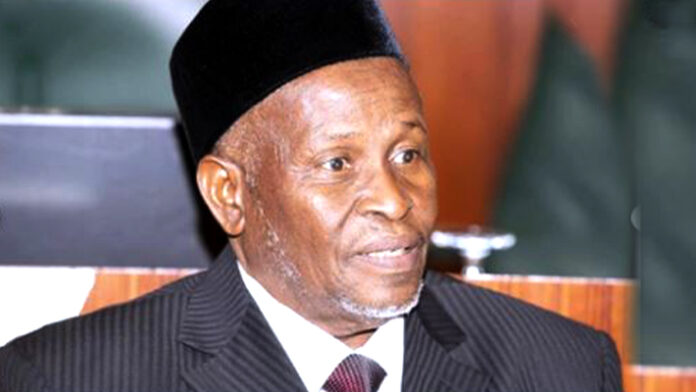 Within Nigeria reported that on Sunday, June 26, Muhammed resigned on health grounds.

After his resignation, President Buhari swore in Justice Olukayode Ariwoola, the next most senior Justice as the acting CJN on Monday, June 27.

Punch reports that as part of the package for the retired chief justice put together by the National Judicial Council, a mansion will be built for him in Abuja or any city of his choosing with a lump sum for furnishing. This is in addition to a gratuity that is 300 per cent of his annual basic salary of N3.36m as well as a pension for life.

The National Judicial Commission had in 2019 recommended the payment of N2.5bn for Muhammad’s predecessor, Walter Onnoghen. A former CJN, Alfa Belgore, was also reportedly paid about N2.8b after he retired from service.

The former CJN is reported to also get the financial package based on the provisions of Section 291 (2) and (3a-c) of the 1999 Constitution as well as Section 2 of the Pensions Rights of Judges Act.

“His entitlements are enormous. He’s entitled to a house anywhere in Abuja, domestic staff, cars, salaries and allowances for life. Judges are being overworked because, by the time they retire at 70, they are not always looking young.”

Meanwhile, the Senate Committee on Judiciary, Human Rights, and Legal Matters on Tuesday, June 28, received a fresh order to probe the newly retired CJN over the allegations of corruption leveled against him by 14 Supreme Court Justices.

President of the Senate, Ahmad Lawan, mandated the Committee led by Senator Opeyemi Bamidele to probe the allegations against the CJN and the crisis presently rocking the judiciary.