ChrisOsaMedia....
More
Home Romance See The Mistress Who Travels The World To Have Sex With People’s...
Facebook
Twitter
WhatsApp 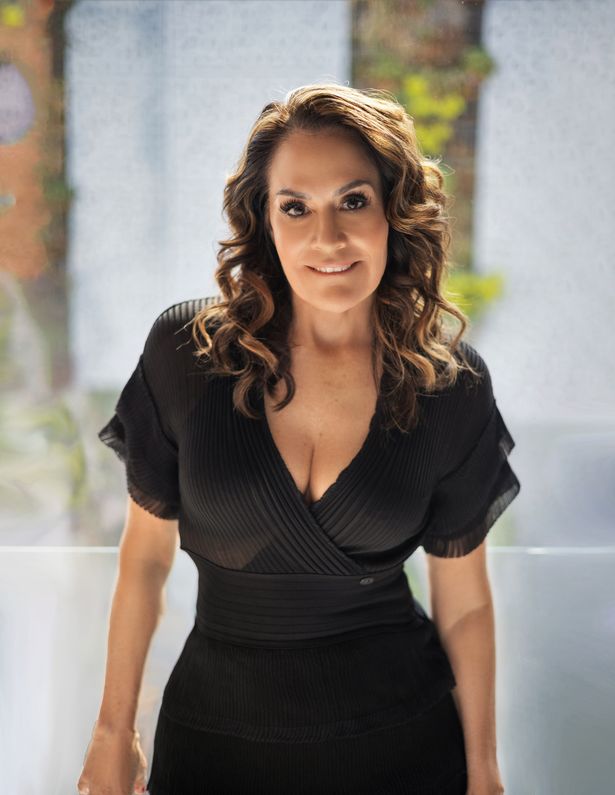 A serial mistress has opened up about how she travels the world to help satisfy married men’s sexual fantasies but – despite what people may say about her – she believes she helps to save people’s marriages.

Gweneth Lee, from Chelsea in London, has been a mistress for the best part of 10 years.

It all started when she decided to join IllicitEncounters.com, the UK’s leading affairs site, when she was still married to her late-husband, Robert.

Speaking to The Daily Star, the 49-year-old said she loved him very much but confessed he also cheated on her throughout their marriage.

Gweneth said: “I discovered that he was seeing women on IllicitEncounters.com, the UK’s leading affairs site, and I thought ‘if you cannot beat him – join him.’

“I knew I was never going to curb his womanising, and I knew that my cheating would not be a huge issue for him.

“He was mature enough to know that it would have been hypocritical of him to object.

“I had always loved sex and the thrill of sleeping with someone new.

“We both had affairs on the side with different people before he sadly died of cancer more than ten years ago.

“I was heartbroken when he died but, after I had got over my grief, I decided to start dating again.

“I didn’t want a new husband, just a bit of fun.

“IllicitEncounters.com suited me because all the men are loaded and they are obsessed with sex, just like me.

“I just carried on using the site even though I was no longer married, and I have been having a lot of fun over the last ten years.”

Gweneth said she has rich, married men who she connects with all over the world.

They travel from the UK to exotic locations and she said they have the “most wonderful sex.”

“Most of these trips are disguised as business trips, and their wives don’t know I am coming along for the ride,” she added.

One swanky vacation included a trip to Cap Ferret in the south of France in May with an international banker.

Gweneth said: “I have been seeing a fabulously wealthy banker who has clients in all of Europe’s fashion capitals – Rome, Amsterdam, Paris, London.

“He was on business in Bordeaux with a big wine trader and insisted I join him at Cap Ferret, which is on the Atlantic coast and where lots of the richest people in France head for the summer. It was absolutely incredible.

“He had a gorgeous house on the beach with staff to cater for our every whim.

“He is insatiable and sees lots of girls from IllicitEncounters. He is married and loves his wife, but she can’t keep up with him sexually.

“He really does have a girl in every port!”

She also headed to Palm Springs to meet another lover who has made a fortune investing in tech start-ups based in the Silicon Valley around California.

“He was there for two weeks and insisted I join him in Palm Springs in California for a week in June,” she said.

“It was a lot of fun. We stayed at the Parker Palm Springs where you will struggle to get a room for less than £1,000 a night.

“He loves kinky sex and has a box of tricks bigger than Christian Grey from Fifty Shades of Grey.

She’s also been to Paris with a stockbroker who wed his teenage sweetheart.

She said he got to his 40s and realised he didn’t want to spend the rest of his life sleeping with only one woman.

Gweneth is said to be one of several women he sees from IllicitEncounters.

She said: “He was in France for business and asked me to join him and we stayed at the Four Seasons – the most luxurious hotel in Paris.

“He arranged for a photographer to do a shoot with me and we shot some of the gorgeous pictures you can see here including me near the Eiffel Tower. I was there earlier this month and I had a great time.

“If you were paying for all three trips I describe as a holiday maker they would cost at least £150,000 when you throw in all the gifts I received, the meals in Michelin-starred restaurants and the Champagne.

“I got it all for free and have been having the time of my life.”

Gweneth said it was a “big relief” to start travelling again after the Covid crisis.

She said the last two summers were terrible and she wasn’t able to have much fun.

The mistress didn’t travel at all during 2020, and trips away were also very limited last year, but now she said it’s back to business as usual.

But – despite her hot and sometimes kinky getaways – Gweneth also has regular lovers who she sees around every month or so.

“I like to date around twice a week,” she explained.

“These typically involve dinner, a shopping trip to somewhere exclusive such as Bond Street and lots of sex.

“I love sex and life is for living. Who wants to settle down with the same person and have boring sex for 40 or 50 years?

“It’s much more fun to have the pick of the best lovers, and enjoy lots of exotic travel at the same time.

“I appreciate my lifestyle isn’t for everyone, but I simply could not be happy with just one person any more. I get bored too easily.

“What inspires me to continue is meeting lots of interesting new people and discovering new sexual joys.

“Each of my lovers have their own kinks and quirks, which I enjoy.”

Gweneth said all her partners are different, and they all have different likes and requests.

Sometimes Gweneth is the boss and other times she’s submissive, and gets spanked a lot.

“He loves it when I am super strict and really crack the whip,” she added.

“Another of my lovers was at boarding school, and he likes me to pretend that he has been naughty, and needs to be punished.

“One lover gets his kicks from outdoors sex so we are always looking for secluded beaches and beauty spots for lovemaking.

“I also have a lover who is a budding film director and shoots all our sex sessions on his phone.

Looking forward Gweneth has two more planned trips before the end of August.

She’s set to travel to Dubrovnik, in Croatia, at the end of the month with a finance director she’s been seeing for a couple of years.

Gweneth said: “He is married and his wife has gone off sex.

“She is aware he sees other women and turns a blind eye. We are going for a long weekend.

“And I am going to Mallorca for the August Bank Holiday weekend.

“We are staying in Deia on the north coast, near to where Michael Douglas and Catherine Zeta-Jones have had a holiday home.

“We are staying at the Residencia, which is a gorgeous hotel.”

Even though she has several more trips planned, Gweneth said her trip to Paris a few years ago will be hard to beat.

She travelled with a lover via private jet and stayed at the £15,000-a-night Imperial Suite at the Ritz Hotel.

Gweneth described it as a weekend she’ll “never forget where no expense was spared”.

Recalling the trip, she said: “We dined at the three-Michelin starred Arpège restaurant where their dinner for two was £4,000 due to all the champagne they enjoyed.

“My lover lives in London and has a fairly detached relationship from his wife who is busy bringing up their two teenage children, and doesn’t share her husband’s love of the kinky stuff.

“She is French and accepts that he will have affairs as long as they don’t interfere with family life.

“I am one of several women he sees on IllicitEncounters.com.

“I know one of his other lovers, a beautiful PA in her late 20s, because our dates overlapped once and he introduced us.

Gweneth said even though people may judge her for what she does, she actually believes she keeps marriages together.

She said she would never want to end a marriage, or have an actual committed relationship with any of her lovers.

Instead she simply helps men to explore their sexual desires to ensure their needs are met in the bedroom.

Gweneth said: “People accuse me of having no morals and being a ‘marriage wrecker’.

“The opposite is the case. I am a marriage saver.

“If all of my lovers had to stay faithful to their wives for the rest of their lives, they would all be divorced.

“Their marriages work because they are given a little freedom and they know, by dating me, there won’t be any trouble.

“I am not going to ring up their wives and cause any issues.

“I am very low maintenance as long as I am lavished with presents and sex!

“I’ve been single ever since my husband died more than 10 years ago.

“I have been seeing many of my men for several years but I am not exclusive with any of them.

My Action Was Not Intentional – Kizz Daniel Breaks Silence Over Arrest