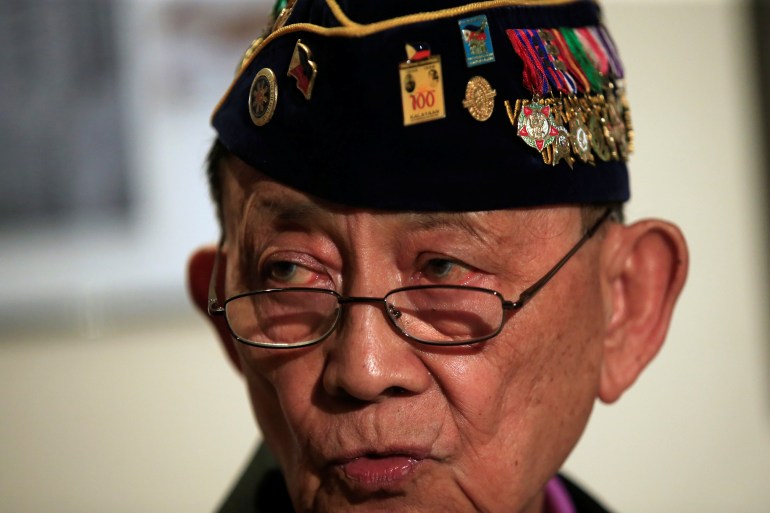 Former Philippine President Fidel Ramos, who oversaw a rare period of steady growth and peace that won him the reputation as one of the country’s most effective leaders ever, has died aged 94, according to officials.

Known as “Steady Eddie” for his unflappable demeanour during the country’s regular moments of upheaval, he was frequently pictured chewing unlit cigars as he led the Philippines between 1992 and 1998.

A career military man, he was the first Protestant to win the top office in the overwhelmingly Catholic nation, despite opposition from some in the Church.

But like other top officials of his generation, Ramos played a role in the dictatorship of Ferdinand Marcos Sr, which saw thousands killed and thousands arbitrarily imprisoned.

“It is with great sorrow that we learn of the passing of former President Fidel V Ramos,” said Trixie Cruz-Angeles, press secretary for President Ferdinand Marcos Jr, the son and namesake of the late dictator, who took office last month.

“He leaves behind a colourful legacy and a secure place in history for his participation in the great changes of our country, both as military officer and chief executive.”

Ramos emerged from the high-ranking security role during the dictatorship of Marcos Sr to win the vote for the nation’s highest office.

Ramos became a hero to many for defecting from Marcos’s government, in which he led the national police force, spurring the dictator’s downfall during the 1986 popular uprising against his rule.

Others, though, would not forgive or forget his role in enforcing martial law under the Marcos regime.

Though he gained less than 23 percent of the vote, Ramos soon polled at 66 percent support and his presidency was remembered for a period of peace, stability and economic growth.

Known as FVR, Ramos attended the US Military Academy at West Point and fought in the Korean War in the 1950s as a platoon leader. He served in the late 1960s in Vietnam as a leader of the Philippine Civil Action Group.

Ramos held every rank in the Philippine army from the second lieutenant to the commander-in-chief. He never lost that military bearing and swagger, bragging many times: “No soft jobs for Ramos.”

His six-year administration opened the country’s economy to foreign investments through deregulation and liberalisation policies.

Ramos broke up monopolies in the transport and communications sectors. Through special powers granted by Congress, he restored the ailing electricity sector, ending debilitating 12-hour power outages that plagued the country.

During his tenure, the Philippine economy surged and poverty rates fell to 31 percent from 39 percent through his Social Reform Agenda.

Ramos fought right-wing, leftist and Muslim rebels during his time in the military, but later held peace talks with all “enemies of the state”, including rogue soldiers who attempted nearly a dozen times to unseat Aquino during his tenure.

He eventually signed a peace agreement with the Moro National Liberation Front separatists in 1996 and succeeded in shrinking the number of Maoist-led fighters to more than 5,400 rebels from a high of 25,000 in early 1986.

Ramos was a multitasking workaholic and athletic leader. When he was military chief, he would play golf and jog at the same time, running after his ball.

His early morning jog was legendary among his staff officers and even at 80, he would jump to re-enact what he did during the revolt in 1986.

US Orders Departure Of Personnel From Mali Over Attack Fears

MUST READ: Liberia: A Dream Deferred